n the most recent edition of the Juneau Empire, there’s an article about an interesting phenomenon: underwater fly fishing. A grandfather and grandson pair, Tony Soltys and Alain Thomas Soltys-Gray, were able to experience the odd sport in the warm water off of Maui.

“The fish were in deep water, so we swam out to where they were. We didn’t use a fly rod; instead, we just dropped our fly down to the fish straight from a fly reel as we snorkeled above them,” explained grandson Soltys-Gray.

The pair noted that it was an interesting experience to see how the fish reacted to the flies and how they were moving — allowing them to experiment with their techniques and see the results firsthand.

The pair were able to catch several types of fish, including needlefish, boxfish, humuhumu, and trumpetfish. They practiced catch-and-release, returning the fish to the ocean relatively unharmed.

Although underwater fly fishing is a unique experience many of the estimated 3.83 million fly fishers in the U.S. won’t likely partake in, the gear used is essentially all the same gear used in fly fishing. It’s just used completely in the water. The pair opted not to use a fly rod, and instead dropped their flies down from a fly reel.

If you decide to try underwater fly fishing, what will you be taking along? A fly tying kit would be a good investment for the trip. Soltys-Gray noted that he had to tie flies on the spot, since the fish were not responding to the flies they’d brought, which are typically used for bonefish. In general, it’s a good idea to have a large variety of flies ready, so you can experiment to see what works in this unique fishing environment. While flies can be made to float or sink, you’ll definitely want sinking flies in this case.

What else will you need? A quality fly fishing reel with a proven drag system is going to be important. Since reels are made with the expectation that they will often be exposed to water, you shouldn’t have too many issues bringing these into the deep waters with you. Any aluminum reel is likely going to be cold finished or sealed in order to prevent corrosion from water exposure.

Keep in mind: since most fish aren’t active until 11 a.m., your time in the water will likely be spent in the sun, in an environment where you can’t easily wear your trusted fishing hat — ample sunscreen will be needed to prevent a total burnout. 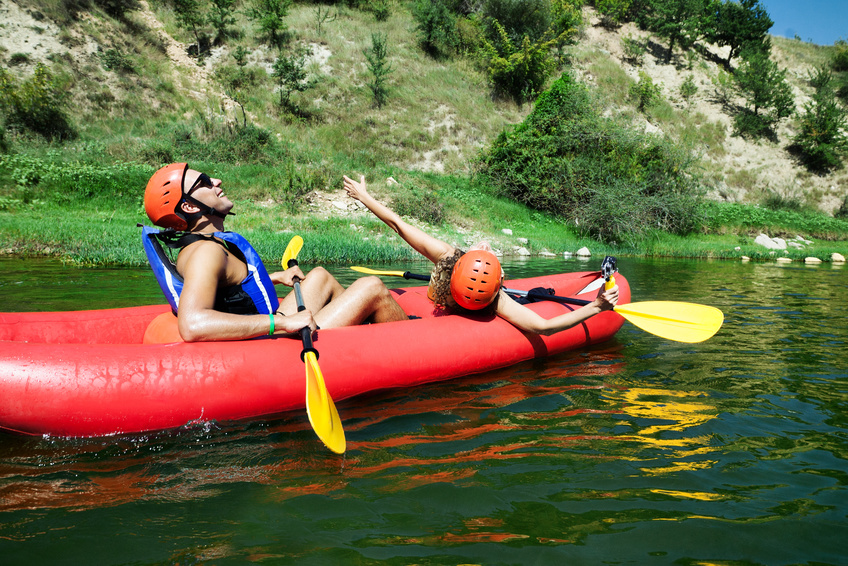 Whether whitewater rafting is a sport that you know well and participate in often, or it is just something on your bucket list to try one day when you have the time, you will find the best river rafting opportunities are Colorado river raft trips. Colorado river raft trips offer views that you cannot find anywhere else in the world, a long white water rafting season due to the extensive runoff from the mountainous area, a broad range of outings to accommodate any level of expertise, and the adventure of a lifetime. If you are already a believer and making plans for your Colorado River raft trip, w END_OF_DOCUMENT_TOKEN_TO_BE_REPLACED